Magnesium for Anxiety and Stress Relief 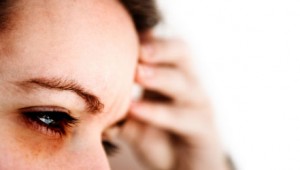 Indeed, magnesium protects the brain and nervous system in many of the same ways it protects the heart. Learning about this link can help us stop the cycle between low magnesium, stress, anxiety and depression.

Magnesium to Relax Anxiety and Excitability

The balance between calcium and magnesium plays an important role in the adrenal responses related to anxiety.

Like many other areas of the body, including cellular structures (e.g., cellular membranes), magnesium is critically needed to balance calcium in the brain, both in normal circumstances and during periods of injury.

Calcium performs a valuable function when muscles must contract. This encompasses muscle contractions relating to activation of the sympathetic nervous system during stress, including arousal of the sympatho-adrenal response (or fight-or-flight response).

Magnesium performs the corollary (and equally valuable) function of allowing the body (including muscles) to relax. However, when magnesium deficiency leads to higher ratios of calcium to magnesium in the body for prolonged periods, then calcium can accumulate in cells and tissues. High levels of calcium in cells relative to magnesium can create difficulty for muscles and other tissues to relax. At the cellular level, chronic elevation of calcium levels relative to magnesium levels results in calcification of cells, and in cell membranes that are progressively less flexible.

Calcification of cells is associated with cellular excitation. When cells lack magnesium, they cannot effectively counter the excitatory effects of calcium.

Hyperexcitation of cells contributes to stress-responses that require more magnesium to counteract the effects of calcium.

At least one study shows that magnesium deficiency can induce hyperexcitability in the brain, as measured by electroencephalograph (EEG).2  This study shows that within weeks of increasing supplemental magnesium in order to reverse deficiency, EEG readings indicate significantly improved brain function and decreased excitability.

Magnesium is essential for release and uptake of serotonin by brain cells.3  Serotonin is an important neurotransmitter that acts in the central nervous system where it modulates anger, aggression, and mood, as well as plays a role in physiological functions as diverse as body temperature, sleep, appetite, and metabolism, memory processing, and cognition.4  Given the essential role of serotonin in the brain for the regulation of mood, it is no surprise that it is known as the body’s natural “feel good” chemical.

The link between magnesium and depression is essentially that, when magnesium is deficient, the brain receives less serotonin. Low levels of serotonin can lead to depression or other mood disorders. Magnesium can be understood both to provide broad support for the body’s response to stress, and to play a critical role in the synthesis of serotonin required for supporting positive emotions and mood.

It is well known that stressful events cause the adrenal glands to release adrenaline, which depletes magnesium. However, it is also known that magnesium depletion continues (or accelerates) when the body shifts from short-term “fight or flight” stress responses to longer-term chronic stress reactions.8  During conditions of chronic stress, the adrenal glands produce other hormones, including cortisol and norepinephrine (noradrenaline), which further depletes magnesium.9  Magnesium plays an essential role in the release and uptake of serotonin, a neurotransmitter in the central nervous system that supports positive emotions and mood. Serotonin is involved in the modulation of aggression, anger, mood, body temperature, sleep, appetite, and metabolism. When magnesium levels are low, the brain receives less serotonin. Low levels of serotonin can contribute to mood disorders, anxiety, and depression. The fact that magnesium is required for the health of the nervous system indicates the importance of maintaining sufficient levels of magnesium in the body.

The relationship between magnesium and stress, therefore, is one of clear dependence. The capacity of the body to adapt to states of stress (and especially chronic stress) critically depends on magnesium status. As magnesium levels plummet, and the capacity of the body to adapt to stress declines, it has fewer resources to counter the magnesium-depleting effects of stress hormones. Although reducing stress levels is important, stress reduction by itself will not replenish severely depleted magnesium stores. An effective means of addressing stress-related magnesium deficiencies is a combination of transdermal magnesium therapy using magnesium chloride, stress avoidance (or removal of stressors), and stress-reduction techniques.

In addition, the role of magnesium in supporting the entire vascular system underscores its importance for brain health.

Other benefits magnesium provides to the brain include reducing the effects of neurotoxic chemicals, including food additives that act as excitotoxins. These foods additives include MSG (monosodium glutamate) and certain artificial sweeteners.10

Magnesium protects and promotes the health of nervous system tissues. Magnesium has local and systemic effects upon the nervous system, and acts through multiple modes of action. In general, magnesium exerts calming effects on nervous tissues.

The basis behind the use of magnesium for anxiety or depression is the known link between low magnesium and excitability, as well as the known effect of stress on magnesium levels.

Given the remarkable capacity of transdermally-applied magnesium chloride to provide a broad range of protective effects in the brain, there is every reason for individuals to take advantage of the benefits afforded by transdermal magnesium therapy. An easy-to-use form of magnesium with none of the side effects of oral supplements, transdermal therapies add convenience and affordability to the application of magnesium for anxiety, depression and stress.

Deprecated: Directive 'allow_call_time_pass_reference' is no longer available in PHP in Unknown on line 0

Deprecated: Directive 'magic_quotes_gpc' is no longer available in PHP in Unknown on line 0

Deprecated: Directive 'register_globals' is no longer available in PHP in Unknown on line 0